When I first joined Infinity Works back in the summer of 2015, we were a team of around 10 people. We had some fantastic ideas, ambitions, and dreams, but none of us could have predicted we’d be where we are today.

Fast forward to 2021 and we’ve since opened hubs in London, Manchester, and most recently Edinburgh; helped some of the UK’s most recognised brands digitally transform; created an award-winning tech Academy; and became part of the Accenture family earlier this year.

It’s been a remarkable journey and we’re incredibly proud that we passed the 500 people mark recently. It’s an impressive achievement, but even more so when you consider we’ve hired and onboarded more than 200 amazing people since the start of the pandemic.

It’s why I’m so pleased to announce that as part of the next stage of our journey we’ve expanded into two new cities across the UK. We’ve launched two new hubs – one in Birmingham and the other in Glasgow. Both will create new opportunities for local people, enable us to invest in the local economies, and help us grow our engineering talent and customer base.

But why did we choose these two fantastic cities?

After successfully growing hubs in the north and south of England, and more recently in Scotland, we’re excited to launch a hub in the West Midlands. Last year we created  a data engineering programme, in partnership with Generation UK, to help support young people in Birmingham start a career in tech, and now we’re looking forward to creating new opportunities for cloud, data, and full stack engineers in the city.

With a highly skilled and diverse talent pool, Birmingham offers us the chance to grow our presence in a city with a flourishing tech community. Greater Birmingham is home to the largest and fastest-growing developer population of all UK regional cities, so we’re looking forward to meeting new people and playing our part in helping Birmingham become a world-leading tech city.

The launch of a Glasgow hub, which comes after the announcement earlier this year about our ambitious growth plans for Edinburgh, reinforces our commitment to investing in Scotland. Our talented and emerging Scottish team has delivered exciting data, cloud, and design & research projects across industries such as fintech, energy, gaming, and healthcare. We’ve also sponsored young Scottish talent through our revered Academy so we feel the foundations are set to expand our presence in Scotland by investing in Glasgow.

Glasgow is a natural choice for the next stage of our growth in Scotland. The city’s digital tech economy is ranked as one of the fastest-growing in the UK, as well as being home to a growing digital start-up community and renowned digital companies. With access to a world-class talent pool, we’re looking forward to meeting the tech community at local meetups and partnering with the city’s universities to provide opportunities for software engineering graduates.

We’re excited about our two new hubs and look forward to sharing more detail over the coming months. 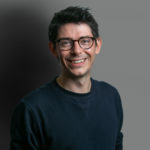 Written by Richard Allen
Richard Allen is a director at Infinity Works with a passion for using data to drive value. With more than a decade's experience managing digital and data transformation programmes, he's worked in sectors including finance, retail, telecoms, and the public sector. Richard joined Infinity Works in 2015 from Sky, and is responsible for driving commercial growth, new markets and services, and working with customers to deliver digital and data transformation programmes.